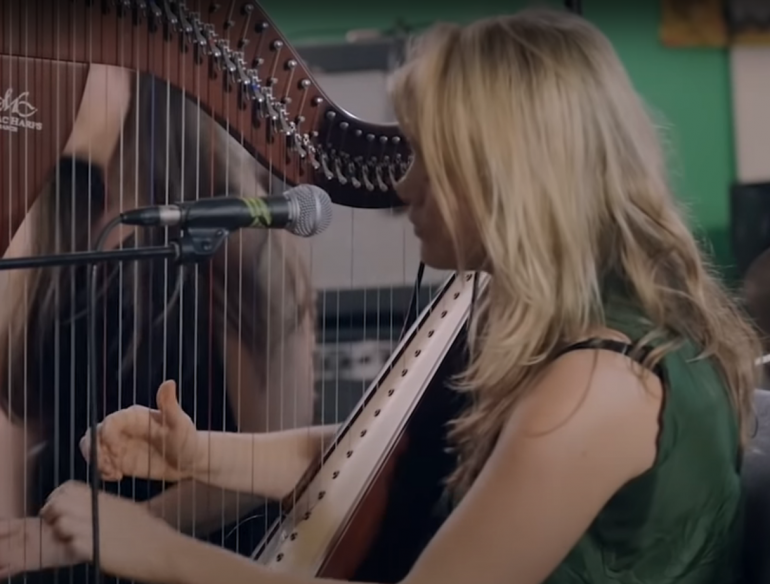 An Interview With Alice Phelps

Alice Phelps has been gracing the stages of London for the past year with her set up of harp and powerfully husky vocals, augmented by percussion, cello and violin. Influenced by folk from near and far, Celtic to Eastern, she experiments with delay, blues motifs, and intricate melodies and rhythms to create a unique melting pot of contemporary and traditional folk styles.

Today I’m pretty good, not working this week so reading in my rocking chair luckily today with sun breaming in through the windows, not bad for a Tuesday afternoon!

Ah, this is the problem, it has lots of different textures and genres intertwined, my friend said just yesterday its ‘Ethereal Folk with a bit of Gypsy thrown in’ then a few weeks ago we were told ‘You reminded me a little of SAHB and The Doors’. I guess it depends slightly on how we feel when we’re performing as to how it actually comes out!

What are the 5 albums and artists that have influenced you the most?

In Our Gun – Gomez

The Moulettes and Honeyfeet are two bands I really respect and enjoy seeing what they both pull out next, not always what I expect but always-incredible stuff.

What other artists do you really like at the moment and why?

I love The Little Unsaid who goes by the name of John and is a friend of mine, he just constantly keeps churning out fantastic music, mixing beats, live strings, his beautiful voice and guitar skills.

Do you have any information regarding upcoming releases, projects or collaborations in the pipeline that you would like to tell us about?

Currently we’re working on our first EP, which should be done and dusted by the end of March, exciting stuff!!!

What are some of the key pieces of gear you use to write your tracks?

We don’t really use any gear apart from the instruments we have around us and sometimes my delay pedal, which I love in reverse.

I tend to come up with my lyrics when I’m cycling about London, so I guess my bike is a key thing in that. There’s something about getting lost in such a hectic city, then finding a beautiful side street and sometimes silence, turning your head around and being back in the middle of the madness. When I have no inspiration I’m lucky to have my friend James who sends me poetry which I then adapt into lyrics.

Then with the lyrics, I grab my harp or violin and try to sort of paint the words to music, which sounds a bit silly when I say it out loud. If there’s something solid, I usually hit record on my phone and then send it out to the rest of the band to come up with any ideas, then when we next meet we usually jam it out and then I’ll come up with set string parts.

Well it was probably the smallest gig we’ve done, but to a room full of friends at a lovely little cafe in Dalston called Betty’s Coffee. We got the whole audience to sing ‘drift’ over the last chorus of ‘Drift to Sea’, I got a bit carried away and said…..”Drift with me babies”. Pretty embarrassing but it really was quite a magical moment, which I most definitely did ruin by saying what I did, but ho hum!

What’s the worst gig you have ever done and why?

I used to sing in a jazz band in Bahrain and we would play at one of those messy brunches, literally, no-one cared a single bit about the music and we would just get through it each week, while the ex-pats of the Middle East sat sipping champagne and eating rich foods. The one good thing about it was we also got to indulge in the food, which was really delicious.

Right here we go with a quick fire round……

Well my Dad is one of those Dad’s who puts on Stravinsky full blast in kitchen, or if he moves to the lounge, he’ll set it up in there. I never really was that enthused by it when I was growing up, but now it is one of the things that me and him actually bond over and I have an inkling my love in music is from my Dad.

Oh I literally love the blues, woman like Bessie Smith, Getrude Ma Rainey, Billy Holiday and I suppose Mahalia Jackson (she’s more gospel, well the queen of gospel) are the reason why I’m singing now I guess. Then there’s songs long John Mayall’s ‘Nature’s Disappearing’ which I have had on repeat for the last ten years that I cannot not get enough off. So yeah, the blues are gooooood.

I never really came across soul music until I started working at a really great bar called ‘Soul Cellar’ in Southampton when I was a student. Every night I was surrounded by the most amazing music, that was of course soul. If I hear some James Brown, Otis Redding or Marvin Gaye now I can literally imagine myself behind that bar pulling a huge pint of Hoegaarden and the smell of cigarette smoke, that once upon a time was allowed inside.

Ha, as a teenager I was well into Taskforce and the whole Low Life Records thing. We used to sneak into clubs in Brighton and hang out with till the early hours of the morning. I do still love a bit of Jazzanova and Jurassic 5 anyday.

Well I spend all my time being put on ‘folk bills’, yet I don’t think any of the acts including myself are even folk at all. What even is folk these days? I feel like the traditional music of the UK may be a little lost and I’m more sympathetic to music from Scotland, Ireland and Wales, maybe thats because of the harp though, or my general lack of knowledge.

Finally, if you weren’t a musician what would you be?

I always wanted to be a physiotherapist. Probably not going to happen now, but I am getting into the world of music therapy, which seems to be my calling. 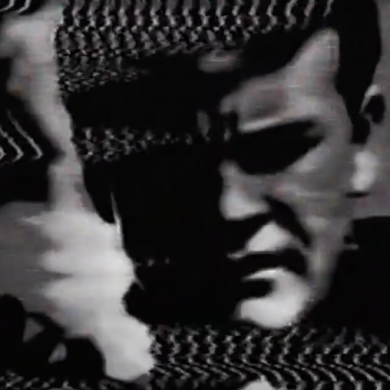