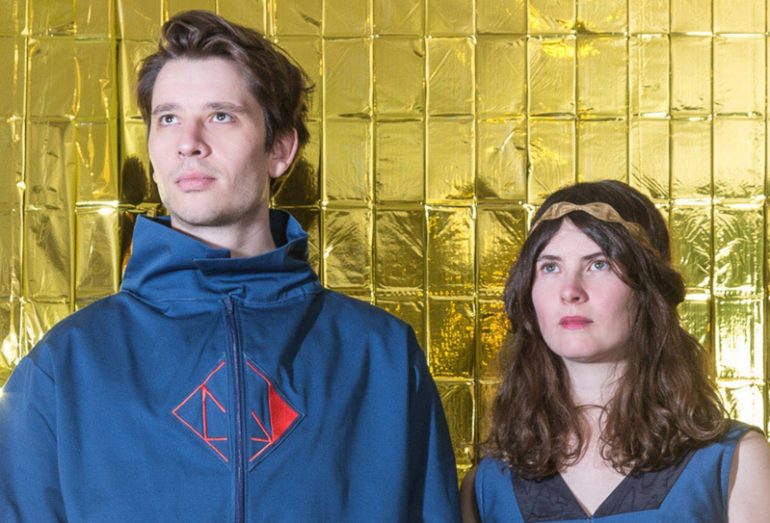 Benjamin Cholet and Justine Rousseau are Napkey, an electro-pop duo from Paris. Their captivating and aerial melodies with synthesizers and guitars are both epic and vintage, almost cinematographic. Napkey’s debut album « 42 » (January 2017) refers to the meaning of life as depicted by Douglas Adams and offers a true retro-futurist, optimistic and nostalgic journey through space, underwater, beyond cities – into the light.

This foundation has been building up to more than 6,5M views on Spotify (May 2017) and has allowed Napkey to tour around France.
Napkey – Aqueduc

We caught up with them and had a chat about their music, inspirations and their future. This is what they had to say…

Really good ! We’re currently improving the studio tracks of our next album.

We’d say it’s a blend of electro and pop music, with hints of rock.

What are the 5 albums that have influenced you the most?

Neveroddoreven – i Monster
Love over Gold – Dire Straits
Moon Safari – Air
Random Access Memories – Daft Punk
Equinoxe – Jean-Michel Jarre
Which other artists are you into at the moment and why?We’re into different genres of music, so you’d find The Last Shadow Puppets, for Alex Turner’s energy and grandiloquence, Todd Terje (it’s Album Time) for his mastering of jazz and electro music. We also listen to Nino Rota, because Summer !

Are there any key pieces of equipment that you are using to define your sound?

Definitely, we have a 70s Riviera Organ, and a Suzuki Omnichord (a 1981 Japanese synthesizer) that sounds quite unique.

What would you say some of the challenges artists face today in the music industry?

Music is not only about music anymore. To succeed, musicians have to be unique in every way, and offer strong experiences through all kinds of medias (sound, video, photo, live etc…)

Where do you gather songwriting inspiration?

We’d say in ourselves, we’re inspired by what we’re going through as people, and also what we’re passionate about. Also, a lot of our inspiration comes from sci-fi Books (Asimov mainly) and animal documentaries (it is true !).

Take us through your songwriting process. Are there any particular steps you take when putting your music together?

It starts with Benjamin writing some chords and singing some nonsense over it. Then Justine decides whether or not it’s worth working on this base. If it is, Kevin (who’s a submarine composer for Napkey) helps us putting it all together.

Our gig in Brussels for the Botanique Festival was wonderful. People in the crowd started to sing along to songs that aren’t even out yet ! It was overwhelming.

Benjamin received a pizza slice in the face when arriving on stage at 2am. It was during winter, at a student’s party. Yummy 🙂

Benjamin : Anything related to music (but I’d rather not think about anything than being a musician 🙂 ).
Justine : I was a teacher and a translator before, but I also could see myself as a photographer.

Do you have any particular gigs or festivals that you dream about playing?

We often attend to “Rock en Seine” Festival in Paris, we’d really love to play there. Also, Glastonbury festival would be awesome 🙂

If you could perform alongside any other band or artist, living or dead, who would it be?

AIR, i Monster, or Daft Punk would be incredible.

Do you have any information regarding upcoming releases, projects or gigs in the pipeline that you would like to tell us about?

Currently, it’s studio time. We’re working on a new album that’ll hopefully be out before next year, with lots of surprising stuff inside 🙂

Previous
INTERVIEW // We Catch Up With… Ghasper

Next
Interview with French duo Saavan 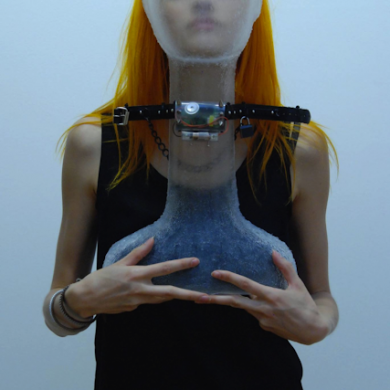 Visual Artist Anastasya Alekhina chats to us ahead of Synthposium