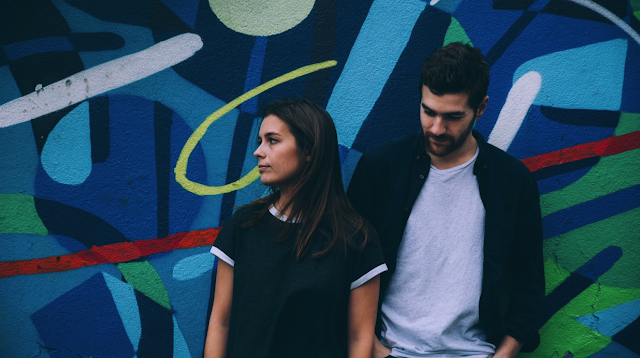 SAAVAN is the musical and visual project of a French duo coming from different horizons but projecting into a common dream. They produce contemplative music and an aerial universe, inspired by travel, art and cinema.

We chatted to them while they were working on their live show, drinking wine and feeling fine….

To those not familiar with you, how would you describe your sound?
Saavan is a project we started in order to break the fences between electronic and acoustic music. We have a very broad range of influences, and we try to mix it all together, standing on a thin line between the well-known electro music scheme and the experimentation. Oh, and we both sing on it.

Which other artists are you into at the moment and why?
Isaac Delusion, not because they just released their new album, but also because pretty much everything they’ve put out is gold.  The great Mac Demarco for the same reason. Joey Badass, we just got home from a road trip to shoot Odesza’s new music video and his album was playing all along.

Are there any key pieces of equipment that you are using to define your sound?
Not really… The only thing that is always the same is our voices.

What would you say some of the challenges artists face today in the music industry?
Because of the internet, I’d say competition. There are so many producers out there, but it kind of pushes you to go further to really find your own sound.

Where do you gather songwriting inspiration?
Road-trips, booze, long walk home after a night out, those kinds of things.

Take us through your songwriting process. Are there any particular steps you take when putting your music together?
Lucas: I usually start with a little story that I imagine, then I try to put it in sounds. When I can hear that the “skeleton” of the track is good enough, Claire joins me. Claire: We then try to make an actual track out of the project by cleaning it, making space for the vocals, re-thinking the structure, then we search for a melody and the lyrics and record it.

What’s the best gig you have ever done and why?
The second time we ever performed, we opened for Petit Biscuit at La Maroquinerie, Paris. His show was sold-out and he’s music style and ours are pretty close so the crowd was really in the mood for it. Very cool experience! We also played at the Gold Mine Festival, a low-budget-friendly-hippie-style-music festival in the woods, during sunset, also great!

And the worst?
Not the worst as “the Worst”, but a weird one. We opened the Delta Festival in Marseille and they asked us to play as the people were just getting in so we basically played on a huge stage, in front of what looked like three people comparing to the great empty space around them. Both fun and weird.

If you weren’t a musician what would you be?
Lucas: I work as a film director at Meska Collective in Paris. So I’d keep on doing that. Claire: for the moment I work as a physiotherapist and music at the same time but I’d probably stick to the artistic field.

Do you have any particular gigs or festivals that you dream about playing?
Olympia in Paris is considered a mythic venue so, playing there one day could really be amazing. We’re pretty much down for any festival, but we’d also love to play in unusual places. Finding a cool spot, bringing people there, do something cool…

If you could perform alongside any other band or artist, living or dead, who would it be?
Jadu Heart. Their sound is so unique and deep! And we like to sing over their tracks so I guess it makes sense

Do you have any information regarding upcoming releases, projects or gigs in the pipeline that you would like to tell us about?
We’re very slow at getting things finished because we want our next releases to be big, and our shows to be great. We have a new track coming out very soon, alongside with our first music video, and we’re getting everything prepared for the shows to come at the moment. We can tell you about the festival En Nord Beat, in France on July 7, we’ll play there, so show up if you’re around!  We started working on an album project a year ago and it’s still in process, but there will be some very exciting news starting this September…

Previous
INTERVIEW // We Catch Up With … Napkey 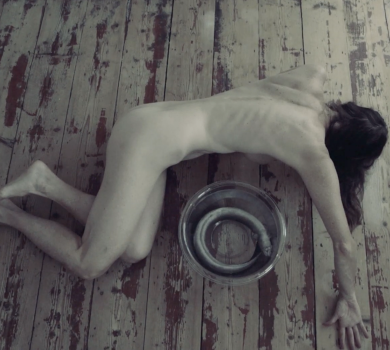