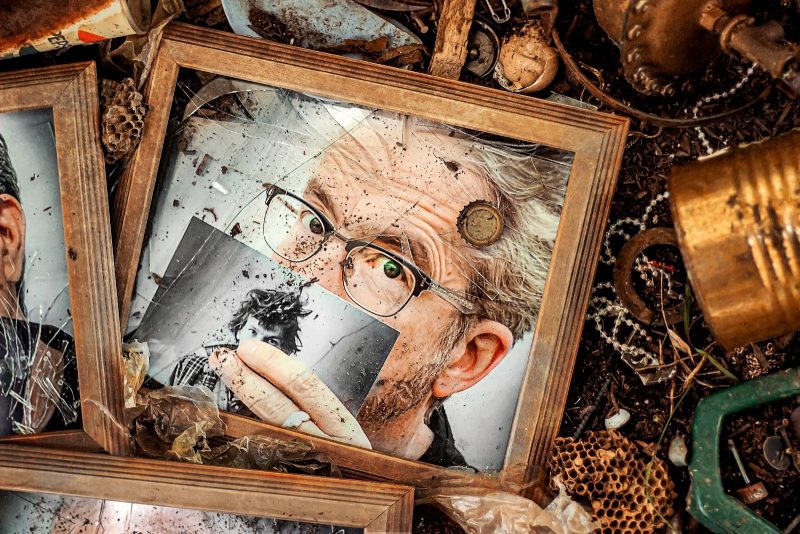 Around since the 1980s, the experimental producers in Negativland have been making waves both within the music scene and out. They have been sued twice for copyright infringement as they tend to find inspiration in a variety of aspects from around the world including advertising, media literacy, religion, death, the bizarre banality of suburban existence, and many more (you can find the long list on their Facebook page). The result of being sued inspired the members to enter into advocating for significant reforms within the American copyright laws. Their work has been referenced in legal journals, taught in colleges and occasionally, the odd university student from around the world may find themselves being lectured to by one of the musicians themselves.

The band has a rotating group of artists, with most of the original members either deceased or likely deceased. However activism in the music industry paired with a sense of humour appears to be the main requirement to join with the consistent driving concept to force their fans to think about the information presented to them on a daily basis. “Negativland is a subliminal cultural sampling service concerned with making art about everything we aren’t supposed to notice.”

Celebrating their 40 year benchmark as a band, Negativland are releasing a new LP ‘True False’, out October 25th. Ahead of this, they have released one single, ‘Discernment’ which you can listen to below. The LP will be the first of two interconnected double albums which will continue to address the social norms within our society. You can preorder the album in the link below.

Two of the members of Negativland answer some questions from A Room.  Neither of them knew the others answers when answering.

Tell us about your earliest musical memory?

MARK: The 1964 Mary Poppins movie soundtrack, probably around age five. At home we’d play the “Step In Time” song and my mom would let me get up on the dining table and dance like I was up on the rooftops with the chimney sweeps (but she held my hand in case I fell). I still have that record and love every song on it.

DAVID: In 1964 when I was ten I really liked “The Addams Family” TV show, and in at least one episode the butler “Lurch” played a 78 rpm record of harpsichord music on an old Victrola. I thought that since my parents also had a Victrola that I could do the same, and I asked my mother if she could go to a record store and buy me a record of harpsichord music.  When I got home from school one afternoon my mother presented me with “The Art of The Harpsichord” by Wanda Landowska, but right away something was wrong as this record was a 12 inch LP and I thought that maybe I couldn’t play it on our Victrola. I did, however, successfully adjust the speed control on the Victrola down from 78 rpm to what sounded pretty good to my ears and was probably close to 33 1/3 rpm. Playing part of the record for the first time I recall that it didn’t sound too bad, but I noticed tiny pieces of vinyl shavings on the record and around the  heavy steel needle of the Victrola 78 rpm tone arm. If I played the same part again there was almost no sound of the music anymore, just very loud surface noise. I continued to play parts of the record hoping that maybe it would get better, but I just kept losing more and more of the music. Finally my mother saw what was happening and stopped me from doing any more damage to the record. I remember she got angry or frustrated with me and said something like “What’s the matter with you? Why don’t you like normal music like The Beatles?” I still have that partially ruined record to this day.

At what point in your life did you have that moment where you said to yourself “This is it. This is the type of music I want to create”?

MARK: As a teenager, I heard hints of something on various tracks (things like Paul McCartney’s “Uncle Albert/Admiral Halsey,”  Faust’s “It’s A Bit of  Pain,” Pere Ubu’s  “Thriller!,” Neu’s “Super 78,” etc.) and desperately wanted to hear an entire album of those hints. I  couldn’t find that album, so my friends and I made it.  That was the first Negativland record.

DAVID: Probably when I first I got to know the now deceased Negativland member Richard Lyons. I watched what he could do manipulating his voice on a simple tape recorder, like a Craig 212, and somehow he was able to make tape echo by holding the play and record control in kind of an “in between” setting. I was really impressed.

Which three albums or artists would you say have influenced your sound the most?

MARK: Neuronal pathways were formed at a very young age by the Beatles White Album (but not Revolution 9. As a seven year old I thought it was too confusing and weird!), Mike Oldfield’s Tubular Bells, and the Mary Poppins Soundtrack.

DAVID: 1. Definitely the Beatles White Album and in particular Revolution 9. I’ve been “fiddling” with track that for years, playing it backward, forward, amplifying, filtering, changing the speed, etc. trying figure out what it all means.
2. Early Pink Floyd, in particular “Saucer Full Of Secrets,” “More,” and “Ummagumma.” I liked recording the songs and listening closely. For example there is the sound of a fly swatter on “Ummagumma” that I think has a technical issue with 50 hertz hum and I was amazed at how easy is was to filter out the hum with a digital audio editor.
3. The sound editor/creator Walter Murch for the film THX 1138. I learned recently that a lot of the dialogue and “chatter” was  played through actual ham radio equipment as audio processing. I find that extremely interesting.

Do you have any inspiration outside of your genre?

MARK: Not sure how to answer that. Our goal was to make music that didn’t fit into any genre we knew of and didn’t quite sound like anything in our record collections. Not sure if we succeeded at that or not, but that was always the goal and still is.

DAVID: As soon as I saw Eraserhead when it came out, I got hooked on Fats Waller pipe organ solos. It would be wonderful if I could play piano and organ like that, but I cannot.

Do you think there’ s perhaps a sub-genre that doesn’t get the attention it deserves?

DAVID: Vaporwave and electro swing? Although I’m noticing some of this is really popular on YouTube.

The wave genre has been going through a few changes as it grows. Where do you see the genre going in the future?

MARK: Moving from one hand waving to both hands waving.

Any new or upcoming artists on your radar? Who shouldn’t the world sleep on?

What key pieces of gear are you using to define your sound?

DAVID: Radios in general. For several years I’ve become increasingly fascinated with software defined radio receivers. These do not work like conventional receivers where most of the work is done with hardware consisting of a set of electronic components such as coils and capacitors. Instead there’s a small bit of hardware that can receive a broad range of electromagnetic spectrum and it converts it to digital bits and the computer software does the work of separating, tuning, filtering, and converting  that into sound. Because of the very wide range of spectrum that these software defined radios (SDR) can receive, there are all sorts of strange noises that can be picked up. All electrical appliances generate noises and the ones that are connected to the internet create even more sounds, and the SDR radio can receive all electromagnetic emissions and convert them into sound. I like recording these sounds and using them for ambience. Even my noisemaker, the Booper, can be received on a radio.

DAVID: Honestly, I’m not sure.

DAVID: How about vaporwave and electro swing? I probably don’t know what I’m talking about.

MARK: This new album of ours (preorder link) and you can hear a track from it here.

DAVID: More experiments with strange radio sounds, and looking forward to experimenting with the “Ether” receiver.

DAVID: I am not a musician. 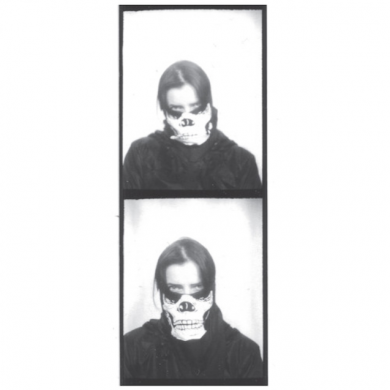