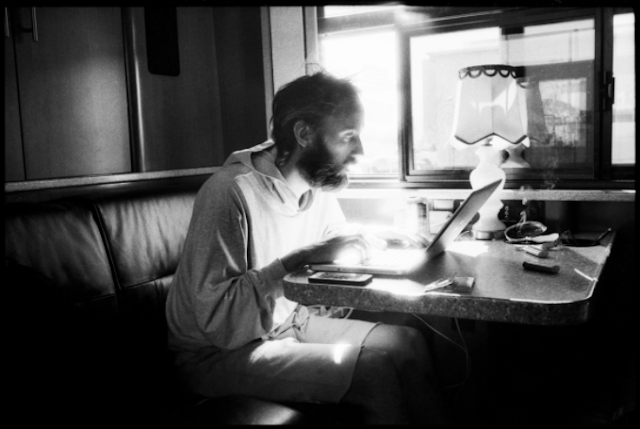 James Krivchenia, drummer of Big Thief and a many-armed sculptor of music, announces his new album, A New Found Relaxation, out 26 June. Today, he releases three of the album’s tracks – ‘Temptation Reduced’, ‘The Eternal Spectator’ and ‘Touched By An Angel’. Those unfamiliar with Krivchenia’s solo work may be surprised to discover a multi-faceted and abstract musical artist, one capable of deconstructing and rebuilding the auditory world around him. A New Found Relaxation is a refinement of Krivchenia’s method of transforming concrete found material into abstract crystals that still shine with their original glow.

A New Found Relaxation follows his previous solo work, 2018’s No Comment, which worked through heavier concepts, culling from the audio of body camera footage of gun skirmishes from wars around the world uploaded to the internet, processing this material to bring the shadowy regions of our psyche to light as music, while making us aware of the pervasiveness of violence all around us.

Realized in spring of 2019 in the tiny town in New Mexico where he was living at the time, A New Found Relaxation is made from hundreds of tiny fragments of  internet spa radio, ASMR YouTube holes, field recordings and cast off Muzak, processed through Krivchenia’s magic box of extreme outboard manipulations. These sounds were then organised into a collection of songs that maintains this elusive balance between the surface-level calm of spa radio and the frenetic effects of the hyperreal processing. This balance illuminates the deep-structural mania of a globalised world ensnared in the internet, the ever-quickening global whirl of information and capitalism, the tenuousness of our collective life in unprecedented isolation. But it does so without obliterating the spiritual glow of that world, that information, that life.

The calming, healing presence of the much-maligned new age/background music is taken up with care and appreciation. It’s just that the frantic energy that carries this calm is lifted up and made audible within it. Still relaxing, sure, but a relaxation we might have to grow accustomed to: a new found relaxation.

“Partly it’s my attempt at fast slow paced music. Partly, I was trying to take mundane or banal ‘beauty’ and process it – in the literal musical realm but also within myself,” Krivchenia says. “To me, the smooth chilled out background music of our world is often the most terrifying. I wanted to swim in relaxation signifiers but stir the pot, foul it, and have everything sort of bleed together and swirl with pace. Part of immersion for me also contains a sense of confusion and that’s the kind of immersion I’m going for. “ 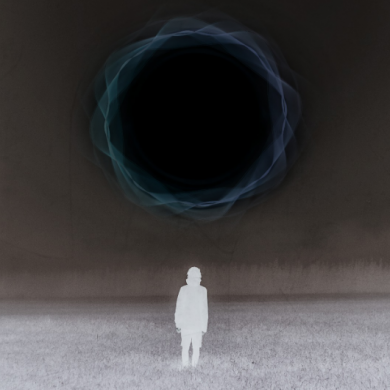